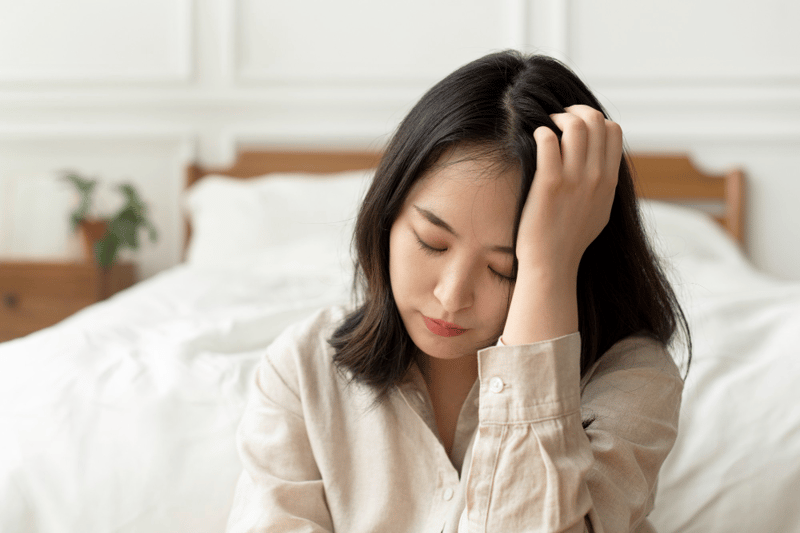 South Korea has become one of the most sleep-deprived nations, causing a massive toll on its population. Whether it is due to a lifestyle that demands low sleep and high productivity, or sleep deprivation synonymous with parenthood, many South Koreans have become sleep-deprived.

In a study conducted by the 38-member Organization for Economic Cooperation and Development (OECD), voluntary and involuntary sleep shortages led to an average of seven hours and 41 minutes of sleep in 2016, which is 41 minutes shorter than the average of 8 hours and 22 minutes across the organization's participating countries. Additionally, South Korea also had the largest sleep debt, or the difference between the amount of sleep needed versus the actual amount of sleep taken, according to a 2016 report from the Sealy Sleep Census. In the report, which was conducted on 11,381 people in South Korea, Australia, China, Britain, and South Africa, the average sleep debt of South Korean women is approximately 15 days, while South Korean men owe an average of 18.5 days’ worth of sleep.

The rising sleep debt in the nation can be attributed to its history. In just a few decades, South Korea has become one of the world’s poorest countries to one of the most technologically advanced nations. It also has a reputable soft power, thanks to its global influence on pop culture.

While other countries with similar growth like Saudi Arabia and the UAE have natural resources to support their economy, South Korea has no such hidden wealth. Its success as a nation is attributed to the sheer dedication of its population, inspired by a collective nationalism that encourages people to work harder and faster. One side effect of this is that people, especially in the manufacturing and service sectors, become overworked, stressed out, and sleep-deprived.

In the same study by the OECD, South Koreans worked 1,967 hours a year in 2019, which is 241 hours more than the study average of 1,726 hours. Part of this reason is the long commute times in the country – South Koreans spend an average of 58 minutes commuting, which is longer than the average of 28 minutes in other developed countries.

Aside from work-related causes, other environmental and lifestyle factors contribute to less time for sleeping. South Korea is conducive to a 24/7 lifestyle, where customers can shop, eat, and drink nearly all night, since many businesses open and close late. For example, the number of coffee shops in South Korea reached 83,363 by the end of 2021, which is an 88.2 percent increase from 2017, according to data from the National Tax Service. In a separate study by the Hyundai Research Institute, it was found that each adult in South Korea was consuming 353 cups of coffee a year in 2018.

Despite the mounting sleep debt, South Koreans don’t usually see it negatively. Ironically, less sleep is equated to a demonstration of productivity or diligence among many. Reducing sleeping hours appears to be a good way to make time for activities, like study, work, or leisure, but in reality, only a minority of people have the ability to function to their fullest despite sleeping less.

Due to lack of sleep, South Koreans are facing several health concerns. According to a 2021 study conducted by the National Health Insurance Service in South Korea, about 720,000 people had some sort of sleep issue like insomnia, which is 1.3 percent of the country's population, up from 420,000 in 2014, with an average of 8.1 percent increase in sleep disorder patients per year. In response, fees for polysomnography, a sleep test that diagnoses sleep disorders, have been included in the healthcare reimbursement plans of South Korean workers since 2018.

Poor sleeping habits can make sleeping even harder, so more South Koreans are facing health issues when it comes to proper sleep. It is believed that an estimated 100,000 Koreans are addicted to sleeping pills. On top of that, some resort to drinking alcohol, which contributes to dangerous consequences.

The Rise of the Sleep Aid Industry

Due to the need for solutions for sleep-related health issues, an entire industry has been steadily growing to address this. In 2021, the South Korean sleep industry has been estimated to be worth 3 trillion KRW, or 2.5 billion USD, according to the Korean Sleep Industry Association, whereas a decade ago it was only worth 480 billion KRW, or 368 million USD. Whole department stores in Seoul have been devoted to sleep products, from ergonomic pillows and mattresses to aroma oils, while pharmacies offer varieties of herbal sleep remedies.

Sleep-related products sold at the online marketplace Market Kurly increased by 7.5 times in the first half of 2022, while sales of bedding rose 3.3 times on year in July. On the shopping site Gmarket, sales of blankets and mattress toppers surged 152 percent and sales of mood lighting rose 48 percent on year in July. Sleep aids such as fragrance mists, aroma oils, and sleep masks are just a few of the many products frequently bought on these websites.

Modern technology is also helping South Koreans to get their much-needed sleep. Cutting-edge sleep aid products like wireless earphones, smart pillows, and sleep lights use technologies like the internet of things (IoT) and big data that analyze sleeping patterns. Mobile apps for relaxation and sleeping have also been developed and introduced in the country, like the sleep and meditation app Kokkiri, which aims to help stressed-out young South Koreans.

Sleep aid products and technology address sleep debt issues on an individual level, which some people think is problematic. Sleep debt can be viewed as a societal issue, caused by unreasonable work culture and the desire for more active lifestyles. For some critics, fundamental changes to society will provide real, long-term solutions to alleviate sleep-related issues in the country.

Get to know more about Asian culture with our other Eye on Asia entries! We got stories on South Korea's love for hiking and the country's successful gaming industry. See you at the next one!