King of the Indian Roads: Maruti Suzuki | Eye on Asia 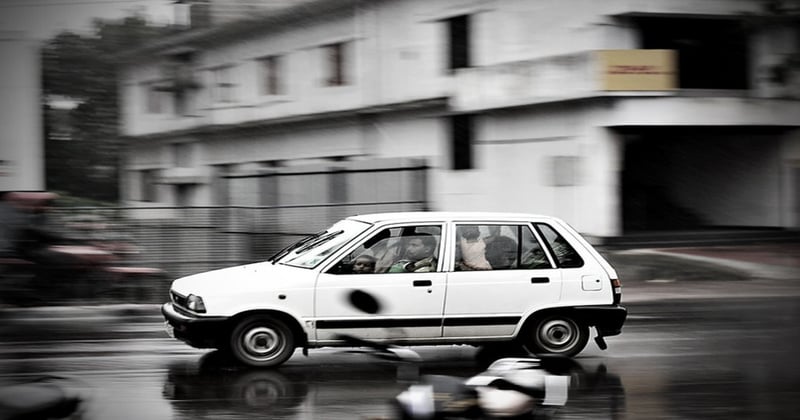 India's passenger car market is one of the fast-growing markets out there, and by fast, it meant turning from a stagnant category into a booming market, thanks to a partnership that has since changed the way middle-class Indians travel.

A godsend partnership for the Indian middle-class

Suzuki is a popular Japanese automobile brand, but you might be wondering why in India, the leading brand is more commonly known as Maruti Suzuki. To understand this, we’ll have to go way back to the 1980s, when the country had just regained its glory. After its independence, the population and per capita income began to grow and significant demand for passenger cars started to emerge. Because the local transport was inefficient, the Indian government envisioned a goal of providing the middle-class an affordable car.

The automobile company Maruti Udyog Ltd., derived from "Maruti", one of the names of the Hindu Wind God, Hanuman,  was then founded by the Indian government on February 24, 1981. During those days, India was a closed market and wasn't yet open for privatization, so the automotive sector was under the government. Intending to create a “people’s car” - an affordable and reliable car matching what the middle-income class was looking for in an everyday car - they needed a partner to manufacture the design. Many global car manufacturers were considered as suitable development partners for technical tie-ups that can produce small cars.

The company approached car makers such as Renault, Fiat, Volkswagen, General Motors, and more. These brands were accumulating strong sales across Europe, but many did not show interest as the Indian market was not attractive at that time and the design specifications centered on being cost-efficient, which were not provided by these brands.

Finally, after the global search, one car maker showed interest. The Suzuki Motor Corporation was a small player back then. With Japanese automakers preparing to build cars for the USA, the world’s biggest car market, Suzuki’s tiny cars had little chance of competing there, so they needed another battleground to pursue. The company agreed to the collaboration.

The Indian government had a 76% stake in the agreement, with the rest belonging to the Japanese automaker as a minor partner. By October 2, 1982, the Joint Venture agreement of Maruti Udyog Ltd. and Suzuki Motor corporation Japan was signed.

Suzuki was also given the option of increasing their stake by 40%, which the company did through expanding the operation and other aspects of the venture by investing more. Eventually, Suzuki had accommodated about half the stake in the Joint Venture and by 2007 the Indian Government opted out of the partnership. From then on, the company functioned as a private sector company. As part of the brand-building strategy, Suzuki Motor corporation added the Suzuki name to Maruti, and so the well-trusted and well-known name in India “Maruti Suzuki” came into existence.

“Maruti Suzuki way of life” for more than 39 years

Beginning its local production in December 1983, the company's target was to manufacture more than double the 40,000 cars that were sold across India every year. With the high target volume, the company had to make sure the cars' price tags were within reach of the common people. This meant they had to locally source some of the parts and components for manufacturing. After being able to do so, a vendor base network was established which then pushed for localization. This resulted in 18 joint ventures for component manufacturing, a vendor base of 400 domestic and 70 international suppliers making the cars produced today 95% localized.

The move was fundamentally important as the cost was being sourced to local vendors and customers were able to benefit. The Maruti 800, an 800cc engine-powered 5-door hatchback with completely modern technology, was then launched the same year. In just a few years the new entrant had dominated and even doubled its sales in the market.

The company made the right choice in doing a market survey that would allow them to modify the car and cater to what Indian drivers and passengers were looking for in an everyday vehicle. This led to an increase in the popularity of their cars. Besides the value for money it offered, what made it appealing to the market was the fact that it was cheaper to maintain compared to its contemporaries, which faced a lot of maintenance issues. Because of its vast network across the country, spare parts were always easy to find. Even today, you can find a Maruti Suzuki service center every 5-6 km in India, and what's even more amazing is that even non-authorized local shops have genuine spare parts for the brand.

These simple conveniences for the people created a great following for Maruti Suzuki, and the brand was able to have a strong grip over the Indian market for almost 40 years. The company's product range had widened during those decades, from sedans to SUVs, just as the customer needs evolved, but their loyalty to the brand that gave them the best offer remained. As further proof,  a record in 2014-2015 shows that at least two Maruti Suzuki cars are sold every minute. There are 1,440 minutes in a day, so a Maruti Suzuki was sold on an average of 3,207 vehicles in a day in FY14-15!

Its dominance in the market is still undeniable in comparison to one of the brands that were considered before to manufacture the design. Fiat, which now has a subsidiary in India, sold 10,380 vehicles in 2015, while Maruti Suzuki sold 1,170,702 vehicles in the same year. What Fiat sells in a year, Maruti Suzuki sells in just three days!

Even during the pandemic, Maruti Suzuki is still leading the share in the car market of India with nearly 48% share despite a decrease in sales compared to the previous years. The company even took all the spots in the top five best-selling cars in India's passenger car market by unit sales in 2021. Also, in the last decade, the top four of the best-selling cars in India were manufactured by Maruti Suzuki.

Moving forward, Maruti Suzuki still stays true to what their customers need and has been focusing on developing cars with great fuel efficiency. Recently, the company announced its five-year plan of launching its first electric vehicle in India by 2025. The rise of EVs in the next few years will definitely be a new game for many carmakers. We'll have to  wait and see if the automaker named after a Hindu Wind God will still dominate India's passenger car market with this incoming change after singlehandedly turning an automobile backwater of mainly British knock-offs into the fastest-growing automobile market.

Check out more leading brands from Asian markets with our other Eye on Asia entries. Know more about An Instant Classic: Indonesia's Favorite Instant or Malaysia's Love for Milo See you in the next one!