Filipino Seafarers, the Modern Foundation of the Maritime Industry | EYE ON ASIA 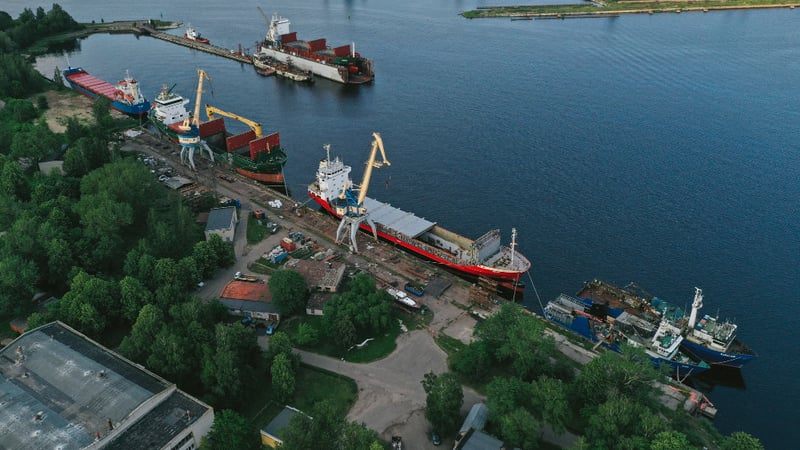 One of the biggest sources of income in the Philippines comes from the remittances coming from overseas Filipino workers, or OFWs. In 2021 alone, OFWs remitted a record-breaking 34 billion USD, accounting for 8.9 percent of the country’s GDP. One notable category of OFWs comes from the maritime industry, which offers invaluable service not only for the Philippines but for most maritime companies around the world.

According to the Philippine Overseas Employment Administration (POEA), the Philippines is the world’s main supplier of sea-based workers since 1987, making the country the manning capital of the world. Around 229,000 Filipino workers are on board merchant shipping vessels around the world at any given time. Overall, Filipino sea-based workers comprised more than 25 percent of 1.5 million mariners worldwide, thus becoming the single biggest nationality bloc in the shipping industry.

It's no surprise that Filipino seafarers have made a mark in the maritime industry. The nation itself is an archipelago, with local seafarers voyaging long before Spanish galleons traveled between Manila and Acapulco. However, the surge in the number of Filipino sea-based workers occurred during the oil crises in the 1970s, when the world could no longer afford Western crews. The need for seafarers has drawn Filipinos in the underprivileged provinces of the Philippines to enroll in the local maritime schools. By 2013, there are around 460,000 Filipino students who graduate from maritime schools every year.

The Philippines continues to become the primary source of sea-based workers in the global shipping and transport market, providing manpower for tankers and sea vessels from other countries around the world, most notably Denmark, Japan, the United States, Panama, Liberia, Cyprus, Bahamas, Jamaica, Greece, Malta, Singapore, Norway, and Germany.

More and more young Filipinos are drawn to the industry due to the wages that are exponentially higher than local job opportunities. While the average monthly salary in the Philippines is 852 USD, the starting monthly salary of a Filipino seafarer working abroad is 900 USD. In the provinces, Filipino men who get employed as a seafarer in an international company are celebrated as heroes in their barrios, as they promise wealth and fortune to families and friends. There are many stories of impoverished men who have bought big houses and expensive cars out of their salaries, as well as those who have retired after sending their children to local schools. These became the common dreams of Filipino seafarers, despite the challenges and loneliness of working at sea. In 2019 alone, it was estimated that 519,031 deployed Filipino seafarers remitted 6.5 billion USD to the Philippines.

In 2010, the secretary-general of the International Maritime Organization, Efthimios E. Mitropoulos, said that Filipino seamen were "unsung heroes" of an "unsung industry", namely the shipping industry that carried "most of the world trade in goods." Mitropoulos further stated that the "international community should pay tribute to the Filipino seafarers" and the Philippines for their contributions to the shipping and international seaborne trade. On a similar note, former United Nations secretary-general Ban Ki-moon hoped that many Filipino youths would join the seamen's profession.

Want to know more interesting Asian insights? Check out our other Eye on Asia articles like the power of K-pop groups in product endorsements or subscription video-on-demand (VOD) services in Asia. Also, check out this feature about dataSpring's Philippine online research panels.