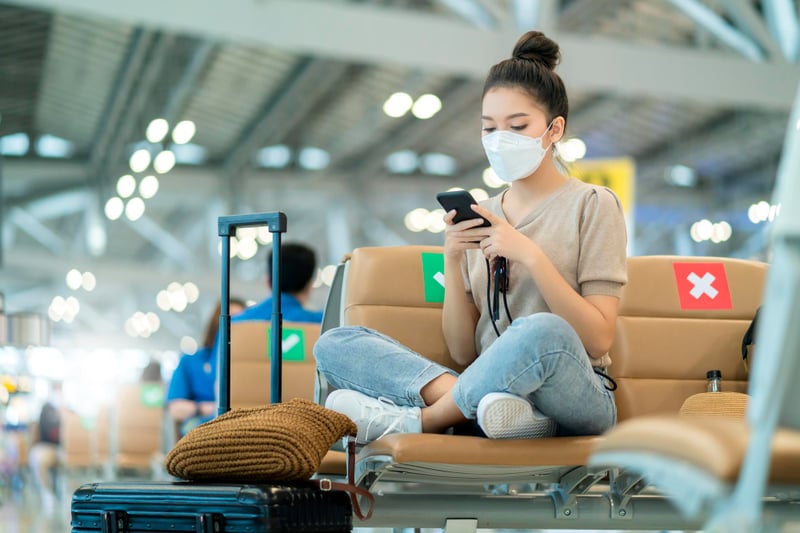 Even if Facebook, Twitter, or LinkedIn are not available in the country, China is home to the world’s biggest social media market, which has an estimated 927 million users by the end of 2020, with more than 80 million going online during the start of the pandemic, according to figures released by the government agency China Internet Network Information Center (CNNIC). For a sense of the scale of this immense population, India has an estimated 639 million internet users (including non-social media users), a figure that is higher than the entire US population.

The country’s social media landscape has dramatically gone through changes in the past few years. For a time, it would have been easy to match Chinese social media apps with Western counterparts, but now these platforms have evolved so much that they are distinctly different and ahead of any Western social media app we know. Part of this transformation includes the so-called super apps, which are one-stop platforms that allow users to access a variety of different activities, from shopping to booking flights, without having to switch apps.

Leading the way is WeChat, China’s massive messaging platform that has more than a billion monthly users. WeChat may not be that well-known outside of China, but inside the world’s second-largest economy, it’s everywhere, and it is often called a “super app” because of its services. By default, it is a messaging service, but its offerings have become essential and all-encompassing to everyday life in China, as WeChat users can shop for supplies, read news, order food, call ride-hailing services, and even book flights. WeChat developed a self-sustaining ecosystem and its sort of internet.

WeChat started as a messaging app project at Tencent’s Guangzhou Research and Project center in October 2010 and was created by Allen Zhang. The app, named Weixin by Pony Ma, was launched in 2011, and when the voice messaging function was introduced in May of that year, user growth surged. When the number of users reached 100 million by 2012, Weixin was re-branded as WeChat for the international market. During a period of government support for e-commerce development, WeChat started introducing new features that enabled payments and e-commerce by 2013.

Having amassed roughly a billion users in China and across the globe, WeChat has grown to become the payment and smartphone backbone of Tencent’s internet empire, which covers social media, gaming, and enterprise software. The app has evolved over the years, offering new features like download-free lite apps and short-video feeds that rival other social media apps, like Douyin and Weibo.

One essential function of WeChat is WeChat pay, an e-wallet that allows users to pay for items by presenting and scanning a barcode in the app. WeChat pay has over 800 million monthly active users and is used from major supermarkets to the smallest of street vendors. Money transfers can also be done between WeChat contacts through the messaging function, which makes remittances and splitting bills possible. WeChat Pay has virtually made most transactions in China cashless, and one can go around China without a wallet.

In 2021, the number of daily users of WeChat’s mini-programs, which are lite apps within the platform, grew by about 12.5% to 450 million in 2021. Some notable mini-programs are Dianping, a restaurant rating mini-program, Didi, a ride-hailing service, and Meituan, a food delivery service. Transactions and payments for these mini-programs can be done within WeChat, virtually turning the app into an app store that keeps its users within its ecosystem.

During the pandemic, more than 700 million users accessed COVID-19 services such as testing and vaccination appointment bookings, and transactions in sectors like food delivery, tourism, and retail doubled after their services moved to the app. The app’s native search function added 200 million more monthly users over 2021, according to Tencent executives during the 2022 WeChat annual event.

When it comes to its e-commerce function, WeChat is unrivaled both within China and globally. In the past two years, commerce transaction volume surged by 897% and the number of mini-programs offered by overseas merchants jumped 268% over the past two years. Live-streaming e-commerce sales grew 15 times in 2021, especially during the annual 11/11 bargain-hunting season, and WeChat Pay mobile payment platform now has 1,800 bank and financial institution partners. Currently, Tencent announced that WeChat has started accepting China’s digital yuan, or e-CNY, in its payment service. China has been working on the digital yuan since 2014, and the collaboration between the People’s Bank of China and Tencent will provide a huge boost to the digital currency once WeChat’s user base begins to pay transactions using it.

The app will continue to develop more functions soon to offer new services to its users. For example, WeCom, the enterprise version of WeChat, will soon connect to its Channels video service, and the mini-programs will continue to bring users to search.

Want to know more interesting Asian insights? Check out our other Eye on Asia articles like the success story of e-commerce platform Shopee in Southeast Asia and how social media impacts the buying behavior of Asian consumers . Also, check out this feature about dataSpring's China online research panels.