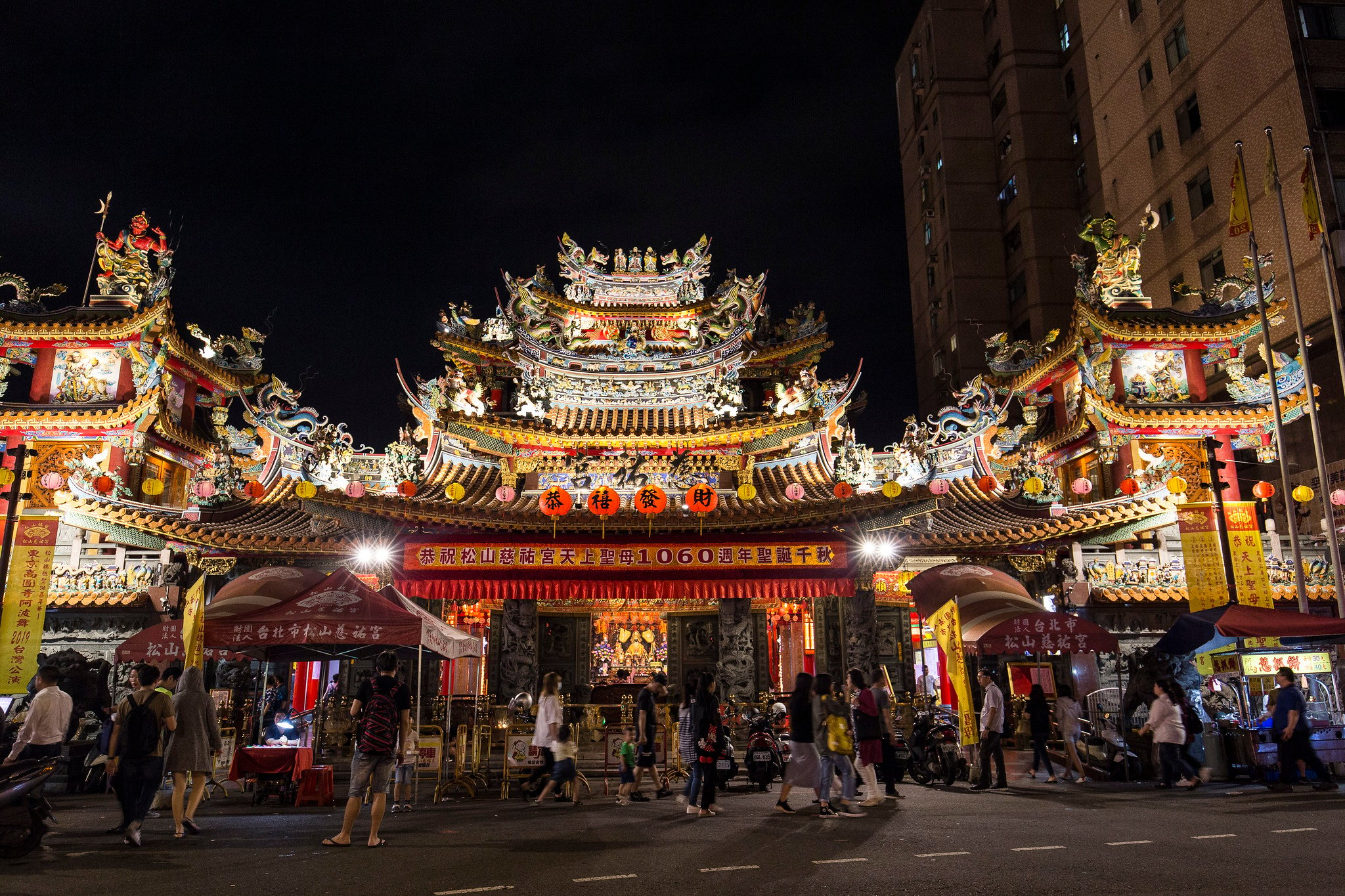 Night markets in Asia will always pique every traveler's interest, with streets filled with aromas of spices and an assortment of goods. There's no better place to experience this scene than in the island synonymously considered with the night market, Taiwan.

Night markets in Taiwan trace their roots from the dynastic period of China (Tang dynasty 618-907), back when an informal congregation of peddlers relied on the magnetism of temples. The opportunistic vendors would swarm in the area with their pushcarts and shoulder poles, as clusters of hawkers would operate past sunset to greet the working people who were only able to go to the temple after work.

The night market tradition, carried over to Taiwan, has evolved over the years and has been embedded in their culture and economy. The modern markets, however, did not appear until post-World War 2 in the denser urban areas, when the unprecedented "Taiwan Economic Miracle" occurred while it was transitioning from authoritarianism to democracy.

The economic changes brought in migrant workers that eventually made up a large base of customers for the market in the 1950s and 1960s. Just like their medieval counterparts, they were greeted by vendors who offered them inexpensive versions of banquet food xiaochi (小吃), or “little eats”, and a place to socialize after work.

As the decades rolled and more foreign commercialized industries entered, the market continued to grow and adapt to modern culture, becoming the energetic crowd, vibrant neon lights, and streets filled with wafting aromas of dishes that we know.

Attracting every class in society is proof of how far its popularity has reached. In 2020 a 60-year old stall in Huaxi Night market Taipei was even recognized by the Michelin Bib Gourmand for its Guabao!

The scene created a prosperous business across the island with now over 70 night markets, with 30 of them just in Taipei, considering that the city's area is 271.8 km². Taiwan's largest and the most famous night market, found in Shilin, has 539 stalls and a parking lot for 400 cars! This is an impressive number for an island that has an area of 35,808 square kilometers.

These street stalls have become an essential part of the local economy. In 2013 it is reported to have more than 315,000 street stalls in Taiwan, employing almost half a million people, many on a full-time basis.

The thriving numbers of these small businesses create much competition, which in turn makes the night market fertile ground for innovation. Yet somewhere in this cultural melting pot, an ancient Chinese culture has become hybridized that not many see in a good light. 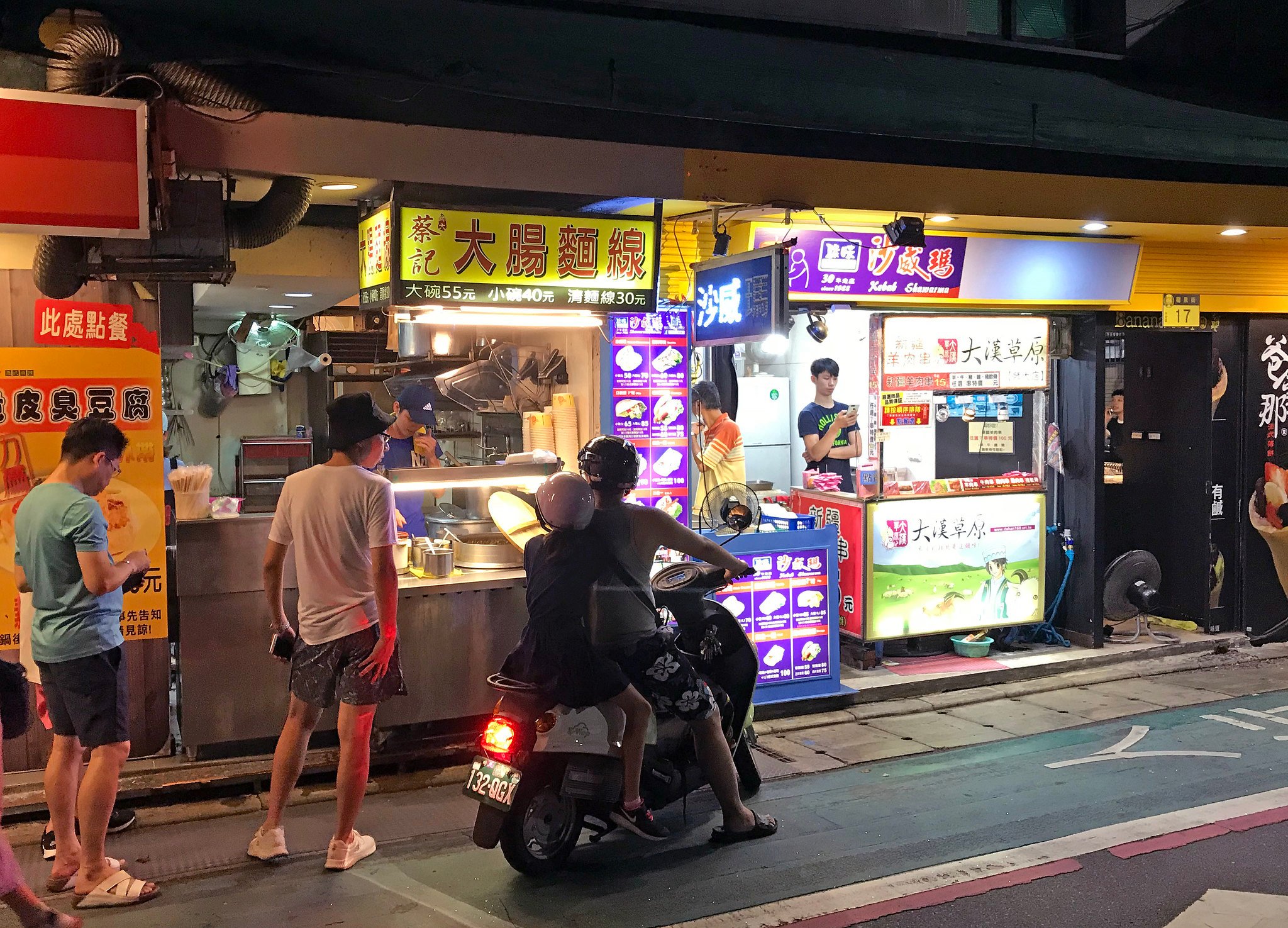 Although this boom in business has helped the locals and the economy, the continuous modernization of the market may change the way we look at night markets.

The night markets in Taiwan have evolved and adapted to many regulations over the years, and even the big and popular markets have complied, such as Shilin Market, Raohe Street, and Shida Night Market, to name a few. The recent government projects on gentrifying the night markets might eliminate the vibrant tradition of these streets as it has included elements such as uniforms, tradeshows, and underground sections.

These are efforts to reconstruct the markets into a place that is more hygienic and orderly. Many fear that stripping off the character of these markets would turn them into mall-like food courts. The initiatives were not met with the same enthusiasm from the crowd, such as placing the vendors underground, which is the least visited area despite the ample lighting and air conditioning.

Homogeneity has also become a problem, as vendors did not innovate and understand the need for market differentiation. The diverse food options have gone down these recent years, as many vendors just relied on the foot traffic of international tourism and focused on jacking up the prices instead. The opportunity to turn the shops into chains of franchises did not help as well, as the food items are just replicated in other locations, which means that if people visit one of the 70 night markets in Taiwan, they've basically seen it all.

The issues do not only come from the outside, as many of these shops are family-owned and have been in operation for years, and have experienced prosperous days during the 80s and the 90s. Many families were able to afford education for their children and the succeeding generations do not want to take over the businesses, given that they have other roads they can take on.

This threat of lack of continuity is prevalent in Asia. This is what the hawker culture in Singapore is facing - despite being an outlier as it was able to preserve its cuisine and culture, the younger generation's interest in the food businesses has declined over the years.

It's as if the gentrification and lack of cultural importance were not enough, everything went downhill for the night markets when the pandemic started, as shops closed down and the number of food tourists dropped. Despite the country faring better than the rest of the region in early 2020, sustaining only a few cases, the night markets suffered from the huge drop in foot traffic from serving 20,000 visitors a day to less than 5,000. That same year, Taipei saw the closure of 13,606 businesses, and the number continues to grow up to this day. Even the popular Shilin Night Market has at least 70 businesses shut down.

Other businesses are forced to adapt to online food deliveries to keep the business running, with the surge in the use and download of food delivery services rising by almost 90% across the country. Yet again the night market is challenged to be flexible and to adapt but the change brought by the pandemic will determine if these changes will turn out good or bad for the cultural icon.